Microsoft has been working on a new version of Windows for some time now. The work-in-progress name is Windows 8 and there are some unconfirmed rumors about it. 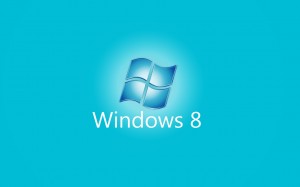 Apparently, Windows 8 has borrowed some elements from Windows Phone 7 and Microsoft Office. It will use the “ribbon” interface, first seen in Office 2007 and will replace the current menu style. The biggest advantage is that all features are now organized in logical tabs with dynamic ribbon buttons involved (Library Tools, Picture Tools, Disk Tools).

New features include Sync (synchronizes folders between computers) and Web Sharing (folders can be stored on Microsoft servers, accessible by anyone via a link). The log-in interface is similar to Windows Phone 7, based on text and images, having minimized elements on screen. Internet Explorer browser will show preview images of recently visited pages (just like Google Chrome).

Nothing out of the ordinary, but a combination of these features can present a smart, useful, user-friendly Windows 8.
Source: techradar.com