We enter into 4G force with CES 2010 next month, since the last rumors say that Microsoft and Sprint would prepare a Windows Mobile smartphone WiMax (4G) for this show. 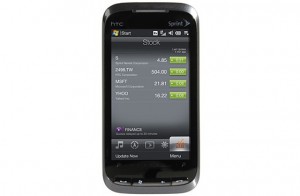 Sprint and Microsoft prepare a WiMAX smartphone for CES 2010

Sprint has already sent invitations to a press conference to be held on January 6, the day before CES. U.S. operator CEO, Dan Hesse, accompanied by Steve Ballmer, CEO Microsoft will be present at this event and Sprint representatives said that this conference will be extremely important.

The first rumors about WiMax mobile in 2010 have appeared since October and the announcement of such a model would not surprise us now. It is very possible that these 2 companies to announce a netbook or a similar product, since American and other operators have launched such terminals in the press conferences.

We also know that Sprint will be part of a special event at CES 2010 on January 7, along with Samsung and actress Brooke Shields, and will be launched a stylish phone.
Source: UnWiredView.com