For those of you who have no use for 32 GB, as the first model, Nokia announced a new version of X6. Nokia X6 16GB will have the same technical specifications as original, except for storage space – 16 GB.

In addition to the 16 GB new Nokia X6 has a track record 3.2 inch touchscreen, HSDPA, WiFi and GPS. Not missing the 5 MP camera and a TV output and, obviously, the basic underlying system Symbian S60 5th Edition OS. 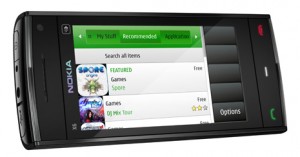 Nokia X6 16 GB will go on even in the first quarter and will cost around 350 euros. Will be available in four color options: black, white and yellow white and pink.
Source: Nokia