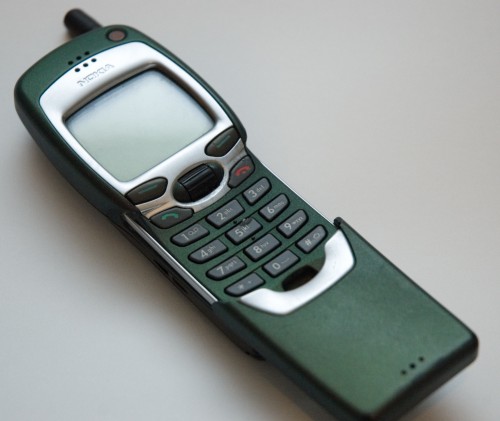 This is a guest post written by Amelia Hunter.

Do you think that Nokia’s feature phones aren’t popular anymore? Do you think everybody prefers buying smartphones now? Of course, S40 phones aren’t as cool as the latest Android phones like the new Samsung Galaxy Nexus or the Motorola Droid Razr, or even Apple’s iPhones, but they still have their charm, and there are still many people ready to buy them. As a proof – Nokia has just sold the 1.5 billionth S40 phone!

A young woman in Sao Paulo, Brazil, bought the 1.5 billionth feature phone by Nokia, which turned out to be a Nokia Asha 303 – a nice device with rather powerful features and “fantasy” name (am I the only one who remembers the high dragon Asha from the Heroes of Might and Magic series?). This feature phone is really different from the first S40 device launched by Nokia 12 years ago. The Nokia 7110 had a monochrome display the resolution of which – 96 x 65 – was thought to be rather high back then and sounds unbelievably low now. This was the first phone with a WAP browser and advanced messaging capabilities; it also had a phonebook that could store up to 1000 contacts, which also seemed to be great back then. As far as I remember, the Nokia 7110 came with three or four black-and-white 2D games pre-installed, and those games were also very popular back then.

The technologies have evolved since then, and all these specs seem to be really funny now. Nokia’s new S40 phones have colorful displays with 240 × 320 resolution (not much if you compare it to the super-high resolution of the latest Android phones, but still not bad for a feature phone); they come with Wi-Fi, colorful 3D games and a number of useful features we couldn’t have imagined 12 years ago.

So Nokia’s S40 series are still very popular now, especially in developing countries, and I’m sure during the upcoming 4-5 years feature phones will continue to sell well. This makes me think that Nokia will soon release new feature phones from the new Asha line, armed with rather good features and nice looks. At least they’ll sell better than those Windows Phone-based handsets.